being gay being christian 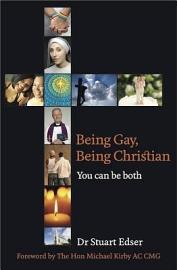 Is it possible to be both gay and Christian? This book explains, calmly and logically, that the two are not mutually exclusive. With the support of some of the finest scientific and theological minds, Dr Stuart Edser presents a compelling case for tolerance and acceptance, rejecting the traditional Christian view that gay people are either sick or sinful as a result of their sexual orientation. While shrill voices of prejudiced fundamentalism are raised from all sides of the Christian church, he invites the reader to a new experience of God. Dr Edser is uniquely qualified to explain the biology, psychology and sociology of being gay, as well as to examine the Bible, its interpretation, and traditional Christian teaching on sexual morality. Not only does he have a wealth of experience grounded in the Church (both Catholic and Protestant), but he is also a psychologist, author and researcher. Moreover, he threads his own extraordinary story through the text, using this and his experience as a clinician to guide his thinking. In particular, he offers a positive and rational voice so often glaringly absent from the Church’s utterances on homosexuality. He argues passionately for church people everywhere to open their minds and show a willingness to discard older ways of thinking where more modern explanations reveal the truth more accurately. And he encourages gay Christians to integrate their sexuality and their faith so that both are valued equally.BEING GAY, BEING CHRISTIAN is a call for reformation within the Christian church, an appeal to modernity in our approach to knowledge and a practical self-help book for people who are struggling with their sexuality, so they can find both self-esteem and a connection with God. It will be of particular interest to: • People confused about their sexuality • Young gay people • Gay people who go to church • Christian families and friends of gay people • Clergy and church workers. 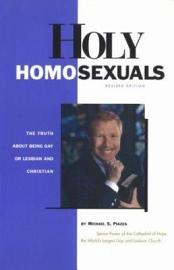 "Yes, you can be gay or lesbian and Christian! What does it mean for lesbian and gay people that Jesus was tempted "like we are in every way?" Fundamentalists have created God in their image. What if God has qualities other than being "right wing, upper middle class, white, male?" Rev. Piazza challenges us to look at God from a different angle"--Page [4] of cover. 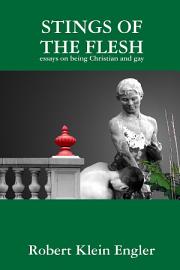 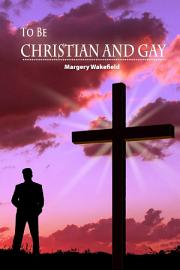 To be Christian and Gay 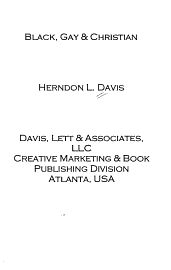 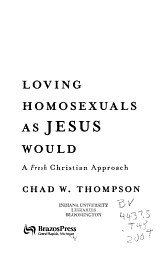 "I have written this book because although I am concerned about the claims being made by homosexual groups that insist sexual orientation is unchangeable, I am equally disappointed by the misinformation and malignancy I have seen coming from the Christian church. (For the purposes of this book, when I refer to the church or Christians, I am referring to those who embrace a biblically conservative theology regarding homosexuality.) ... Not too long ago, I found a comment posted on a Christian website ...: 'As a gay male, I do not subscribe to the radical elements of either the right or left. I believe that, as with most politicians, the gay extremists have lost touch with the desires of their so-called constituents. They have invented an enemy--the religious right--and must perpetuate the imaginary injustices wrought upon them. I believe that both sides have a radical element which ignores a basic tenet for good living: love thy neighbor.' ... The purpose of this book is not to teach Christians how to convince gay people they should change or how to 'convert' homosexuals to Christianity. Only God can do these things. The purpose of this book is to teach Christians how to love homosexuals, which is our calling (John 13:34). To do this, we must enter the homosexual's world. We must learn to show love in such a way that it can be recognized. In other words, we must 'become flesh,' just as Christ did for us. Success in doing so requires a humble spirit, a vibrant prayer life, and a thorough understanding of the issues faced by LGBT (lesbian, gay, bisexual, or transgendered) people."--Pages 11-14. 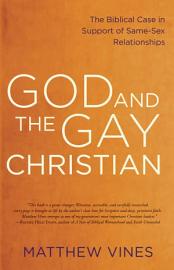 “God and the Gay Christian is a game changer. Winsome, accessible, and carefully researched, every page is brought to life by the author’s clear love for Scripture and deep, persistent faith. With this book, Matthew Vines emerges as one of my generation’s most important Christian leaders, not only on matters of sexuality but also on what it means to follow Jesus with wisdom, humility, and grace. Prepare to be challenged and enlightened, provoked and inspired. Read with an open heart and mind, and you are bound to be changed.” — Rachel Held Evans, author of A Year of Biblical Womanhood and Faith Unraveled As a young Christian man, Matthew Vines harbored the same basic hopes of most young people: to someday share his life with someone, to build a family of his own, to give and receive love. But when he realized he was gay, those hopes were called into question. The Bible, he’d been taught, condemned gay relationships. Feeling the tension between his understanding of the Bible and the reality of his same-sex orientation, Vines devoted years of intensive research into what the Bible says about homosexuality. With care and precision, Vines asked questions such as: • Do biblical teachings on the marriage covenant preclude same-sex marriage or not? • How should we apply the teachings of Jesus to the gay debate? • What does the story of Sodom and Gomorrah really say about human relationships? • Can celibacy be a calling when it is mandated, not chosen? • What did Paul have in mind when he warned against same-sex relations? Unique in its affirmation of both an orthodox faith and sexual diversity, God and the Gay Christian is likely to spark heated debate, sincere soul search­ing, even widespread cultural change. Not only is it a compelling interpretation of key biblical texts about same-sex relations, it is also the story of a young man navigating relationships with his family, his hometown church, and the Christian church at large as he expresses what it means to be a faithful gay Christian. From the Hardcover edition. 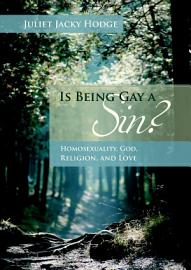 If you learned one of your friends were gay, or you had to decide whether to let a gay person participate in your church, would you stop to ask yourself, "What would Jesus do?" Juliet Jacky Hodge was forced to ask herself that question when she discovered she belonged to a Bible study group made up of homosexuals. Shocked and conflicted, Juliet went on a soul-searching journey to explore an issue that has torn apart families and divided religious communities. After balancing arguments about homosexuality, praying for insight, and remembering that only God can judge, Juliet came to several surprising conclusions. Is Being Gay a Sin? provides readers with much spiritual food for thought. Juliet reveals what God's Word says about homosexuality, and she analyzes issues of gay people being active in the church, gay marriage, and the belief that heterosexuality is somehow "better" than homosexuality. Her answers will surprise and enlighten. 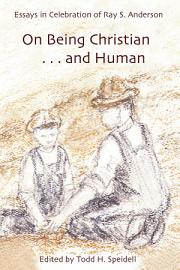 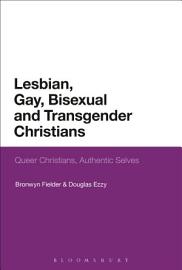 Lesbian, Gay, Bisexual and Transgender Christians details the processes through which LGBT Christians resolve the fraught tensions between their religious, sexual and gendered identities, and examines the associated changes to their religious practice in the pursuit of "authenticity.†? The book moves between richly described first-person accounts and clear theoretical analysis, contextualising the disucssion within contemporary theories of religion and same-sex attraction. Through careful qualitative research with LGBT Christians in the Australian Metropolitan Community Church (MCC), and the Uniting Church, Bronwyn Fielder and Douglas Ezzy show that although painful self-questioning and struggle is experienced by some LGBT Christians, many people ultimately find a resolution and a sense of peace with their sexual identity as LGBT Christians. The pursuit of authenticity is shown to be driven by participants' essentialist understanding of sexuality and gender, and the centrality of religiosity to their sense of self. Offering insight into how participants transform their relationships, emotions, beliefs, and ritual practices in order to make this authentic life possible, this study is an important contribution to the field of religion and sexuality.